The Queen’s Gambit is one of Netflix’s biggest successes of 2020. More than 62m households watched it in a month. I was in one of them and I loved it too. I was rooting for Beth all the way and (spoiler alert) wished I could be in the crowd outside the Russian chess hall to congratulate her on her amazing victory. It was a great story, brilliantly scripted and beautifully shot… but it was a story and like many other stories it perpetuates the mental poison of the talent myth.

In the story, Beth was ‘naturally talented’, she could beat her teacher within a few games and although she studied hard it was her natural talent that set her apart. At one point Benny (who used to be the cute kids in Love Actually and now wears a cowboy hat and carries a knife) even says that he doesn’t have the talent that Beth does.

The idea that success is down to a natural gift that some people have is rife in Hollywood – look at Luke Skywalker who can use the force to defeat The Empire within about a year of first hearing about it (apologies to Star Wars fans if the timing’s off). As is the myth that certain people can achieve success putting in less time and effort than others –  Look at Daniel Larusso who can beat black belts who have studied for years, within a year of starting Karate… mainly by learning to wax cars and paint fences. Apologies for the out of date references, I was going to add in Iron Eagle, but thought I’d lose most readers.

From Frozen’s Elsa, to Harry Potter, to Simba, to every superhero and thousands more characters we are brought up in the belief that some people have innate talents and others don’t… great for those characters, great for the story, mental poison for those who don’t, which by definition is 99.9% of us. We are watching made-up stories that tell us that we can’t be good enough and we can’t achieve what we want to achieve. How can that not be seen as mental poison?

Innate talent is a myth. Don’t take my word for it, check out ‘Bounce’ by Matthew Syed, who goes into great detail about it. Yet, even Matthew is wrong and ‘natural talent’ does exist, the idea that we perpetuate our idolisation of it is mental poison. Why? That’s simple, because by perpetuating this myth we are saying that the 99.9% who don’t have this supposed ‘gift’ will not be able to succeed… and that is a message that people shouldn’t hear. Firstly, it’s not true. Secondly, and more importantly it can put you off trying to find out for yourself how good you can be.

Following the publication of psychologist Carol Dweck’s 2006 book ‘Mindset: The New Psychology of Success’, a lot has been said and written about adopting a Growth Mindset. I’ve seen talks on it, seen posters of it in schools and it spawned plenty of follow-up books. It’s a fantastic concept. Here are Carol’s descriptions of how we operate in the Growth Mindset and it’s more common, evil twin, the Fixed Mindset.

“In a growth mindset, people believe that their most basic abilities can be developed through dedication and hard work — brains and talent are just the starting point. This view creates a love of learning and a resilience that is essential for great accomplishment,”

After reading the two statements above you have to agree that; 1) We are far better to be operating in a Growth Mindset and 2) Stories about people with ‘Natural Talent’ reinforce Fixed Mindset thinking.

Moving away from fiction, let’s look at people who have made it to the top of their game in real life.

Matt Fraser is the 5x Crossfit Games champion, arguably the fittest man in the world. He has a range of shoes and clothing with Nike with the letters HWPO emblazoned on them. HWPO = Hard Work Pays Off. He puts his achievements down to the work he puts in, with great quotes like “I am going to do today what other people won’t, so tomorrow I can do what other people can’t”. This is the Growth Mindset in action.

At just 32 ex-plumber, Conor McGregor, claims to be a billionaire and beyond changing the world’s perception of MMA he’s also launched a massively successful whiskey brand, a clothing brand and done a huge amount more. His views on this; “There’s no talent here, this is hard work. This is an obsession. Talent does not exist, we are all human beings. You could be anyone if you put in the time. You will reach the top, and that’s that. I am not talented. I am obsessed.”

OK… but what about a mental game like chess?

Gary Kasparov, chess grandmaster, former world champion and world number one for 255 months says, “Winning is not a secret that belongs to a very few, winning is something that we can learn by studying ourselves, studying the environment and making ourselves ready for any challenge that is in front of us.”

People who make it to the top in real life credit the work that they put in, only stories make it about talent.

This leads me on to a great quote from Sara Blakely about her father encouraging her to share her failures that goes, “Instead of failure being the outcome, failure became not trying. And it forced me at a young age to want to push myself so much further out of my comfort zone.” This quote goes to the heart of the problem of the talent myth, it encourages you not to try, because other people have the ‘talent’ and they don’t.

When you start to realise that talent doesn’t exist then you have no reason not to start, no reason not to try whatever you want to try. You might fail, a lot of people fail at a lot of things. You might achieve everything that you set out to. Most likely you’ll get somewhere in the middle. Aim for the stars and you have a great chance of making it to the moon. Whatever happens, if you don’t try something because you believe you don’t have the talent, you have already failed. If you start you’re already further down the road to success than the person who didn’t believe they had the necessary ‘talent’ to do something. 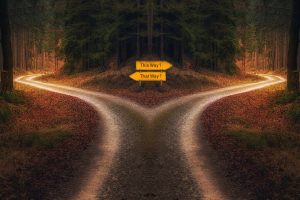 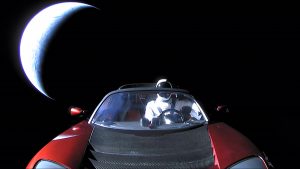